Total Moving Solutions offer clients a full house move management service to and from Birmingham and with a combined team experience spanning over 20 years in the industry, it is reassuring to know you are in safe hands.

Moving house to Birmingham? Then you are in the right place. Our managed move services are covering all of the UK as well as international moves, we can complete your move from and to any location in UK. Please call or click for a quick quote, or read through the many relocation services that we can offer.

Total Moving Solutions are a leading removals specialist located in Birmingham, moving homes and business across the United Kingdom, along with many international destinations. We are committed to delivering the highest quality service at all times. Our experienced team will offer a fully personalised service whether you are moving locally, nationally, or internationally. 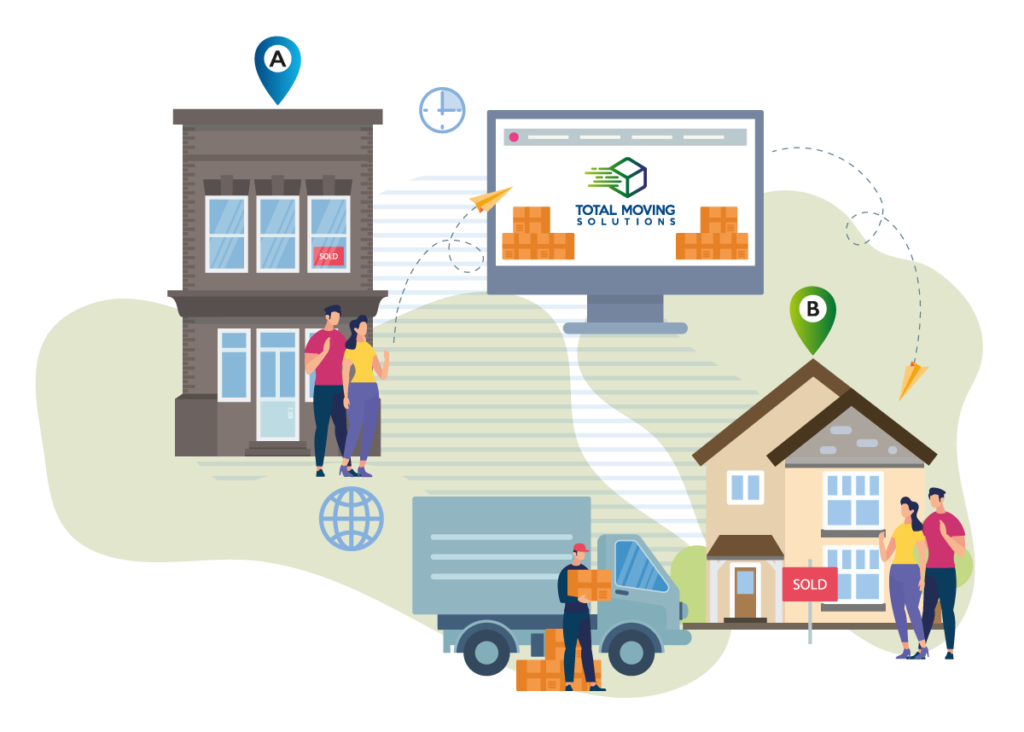 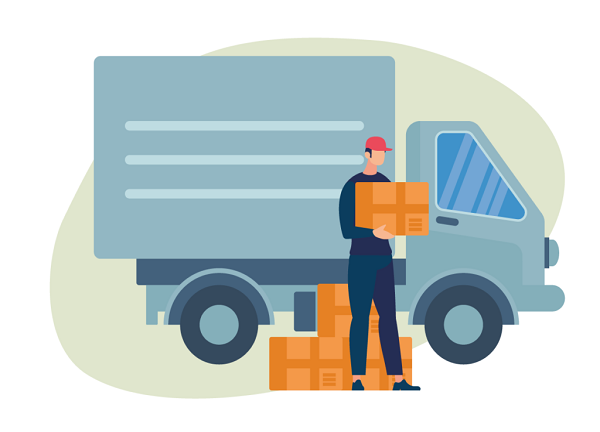 Get a Free Quote

With the partnerships we have, we have the flexibility to overcome any issues which could arise, giving clients peace of mind and reassurance when booking with Total Moving Solutions.

All of our client’s moves are tailored to their personal needs, budget, and requirements with the added reassurance that we have a number of reliable partnerships with leading removal companies.

Most of which are accredited with industry standards such as the British Association of Removers (BAR) and the International Federation of International Movers (FIDI).

Trustpilot
Based on 146 reviews.
Lucille Cailly
Verified
I couldn’t recommend this company more. Christian, who helped me with the logistics, is an absolute gem. He responded quickly to my many messages, was patient, reassuring and very helpful. He made the move, a usually stressful situation, virtually painless. The movers evidently took great care of my belongings as my boxes still look as new. The two I met were lovely and very efficient. Oh and FYI, it was also the company that gave me the lowest quote.
Miulescu Stefan
Verified
Great team of easy going professionals, TMS have supported me in relocating from UK to Germany and the level of service was great. Everything happened when it was planned to happen with no exception and everything was smooth and efficient. Communication with Christian Woodall was great, response time not even 24hrs and always transparent and reassuring. Thank you TMS for a great customer experience and I'm sure you'll serve many more clients the same way in the future. Cheers! Stefan M.
Cristiani Furlani
Verified
I had a great experience with arranging my removal with Total Moving Solutions, the whole team was very responsive to all my queries with patience and they also offered enough support to guarantee all was progressing accordingly with the plan. My items arrived on time and both, the collection and delivery team members, handled it all very carefully. Super recommended!
P Bresnik
Verified
James and the whole UK team are AMAZING. Superb communication and very hands on. Very proactive and uber professional team. All our belongings were shipped to the US and packed extremely well. We couldn’t have been in better hands. Thank you
Leah Hone
Verified
Absolutely amazing service from Christian And the team collected my furniture and delivered to Ireland if I could give them 10 stars I would and would definitely use again .
KeithLinda Reynolds
Verified
Hi Christian, what can i say, from first phone call the customer experience has been incredible, arranging our move from the UK to Spain was totally stress free, keeping us informed every step of the way. a fantastic job please thank the team for a fantastic job well done. Best regards Keith Reynolds
Rob Chuck
Verified
Such a positive experience. James and team helped us move all our possessions from London to New York, during a pandemic. Such a professional service, warm and friendly contact, regular check ins, and all our stuff arrived safely and intact. I’d definitely recommend.
PieroAndrea Temussi
Verified
I have used the services of TMS recently in transferring all furniture from London (UK) to Grenoble (France). I was present for the whole period at both sides and had the possibility of following the work of both teams closely. They were both very efficient, careful and very kind people. In two persons they were able to take or deliver all packs in a matter of few hours, specially remarkable for just two persons. The net result was that the transfer was quick and done with no damage. I am very satisfied and would recommend this company to anybody. Inn fact I will recommend it to my friends with similar transfer problems. Piero Andrea Temussi
Thomas Phillips
Verified
James from TMS was great managing our move from UK to Canada. Communication was excellent and our belongings arrived in perfect condition including some very valuable and fragile items
ilmatar perhonen
Verified
1. Excellent value for money. They offered a competitive quotation among similar services. 2. Responsiveness. Christian, he reached me, days after sending out the quotation, and I told him that I need the approval from my company first. But his persistency won my heart. During the whole tax clearance process, he was nothing but helpful. Smooth communication and coordination 3. My stuff got delivered on time, as promised, with no failure whatsoever even after 2 weeks period in their warehouse (because I asked them to keep my stuff for me and offer me an additional 2 weeks storage with interesting price). It cost me more less than EUR 2000 for the huge shipping quota, transport, administrative works, insurance, add. 2 weeks storage from Germany to the UK. I will surely recommend their service to other

MOVING HOUSE TO BIRMINGHAM AND LOOKING FOR A LOCAL BIRMINGHAM REMOVAL COMPANY?

Birmingham is a city of 1.1 million people – and is expected to increase by a further 171,000 by 2039. The sheer range of employment opportunities on offer clearly provides a major pull fact; with many leading national and international businesses including HSBC, Deutsche Bank and HM Revenue and Customs, looking to relocate or increase staff numbers in the city.

Birmingham is also at the forefront of Europe’s largest infrastructure project, HS2 – which is scheduled to arrive in the city by 2033. Once complete HS2 will form a new backbone of the UK’s rail network, connecting eight out of ten of the largest cities in the UK, whilst simultaneously reducing journey times across the network. Journey times between Birmingham and London will be reduced to mere 49 minute once complete.

Many people still think of Birmingham as a city of industry and little else. Today, the UK’s second city has been transformed into a place of culture, green spaces and is welcoming businesses both from the UK and internationally.

Total Moving Solutions will make any house removal in Birmingham go smoothly as possible to any location in Birmingham or anywhere else in the West Midlands and the UK. We will ensure that your household items reach their destination safely. We have been moving families for over 10 years and in that time have built a solid reputation. We understand how much your furniture, appliances and valuables mean to you and we will make certain that everything you own will be treated as if it were our own.

WE CAN HELP YOU PACK!
With TMS you can forget about the stress of moving. Our job is to free your hands; that’s why we propose all-inclusive, stress-free, professional packing and removal services in Birmingham. 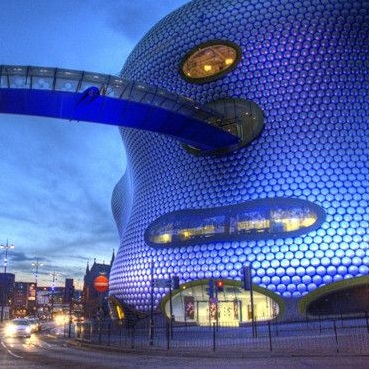 Find out more about removals in your area:

The team will be more than happy to provide you with a FREE no obligation quote. Please complete our contact form and we will be in touch ASAP.

Do I have to pack everything myself?

When should I book my move?

The short answer is ‘the earlier, the better’. During the busy periods, such as end of the month, the summer or around bank holiday weekends, our diaries fill up very fast, so to avoid disappointment you are best to book your move as soon as you are given a move date that’s been agreed with your solicitors, and with as much notice as possible. During the quieter months the amount of notice can become shorter, though to be on the safe side it is always recommended to book as soon as you know your move date. Just keep in contact with your local Britannia office and they will help you throughout the process and can also identify how busy their diaries are getting at each point in the year.

Who will dismantle and reassamble my furniture?

We can offer a dismantling and reassembling service for your furniture, please speak to your surveyor about the items you would want us to dismantle and reassemble. Items such as bed frames and wardrobes are quite commonly dismantled to ensure we can move them to and from their location. However, it’s worth noting that certain brands of flat pack furniture are not designed to be dismantled and reassembled multiple times. There are occasions therefore where we will discuss the options available based on the limitations of the manufacturer’s design.

Would it be possible for me to leave my contents in my chest of drawers?

Yes, you can leave all non-fragile items in a chest of drawers. We may need to remove the drawers when carrying the chest to and from the van.

Can I purchase packing boxes and bubble wrap?

Yes, you can purchase packing boxes of various sizes, bubble wrap, tape and other materials you may need from us. Speak with our advisor for more details.

As the UK is no longer part of the EU, do I require a Visa to reside in France?

Unfortunately, following Brexit the answer is yes.
Customers wishing to relocate to France will need to apply for a Long-stay Visa to live there for a period of more than 90 days. Upon receiving confirmation of a successful application, customers will then have a year after arrival in France to apply and obtain a residence permit.